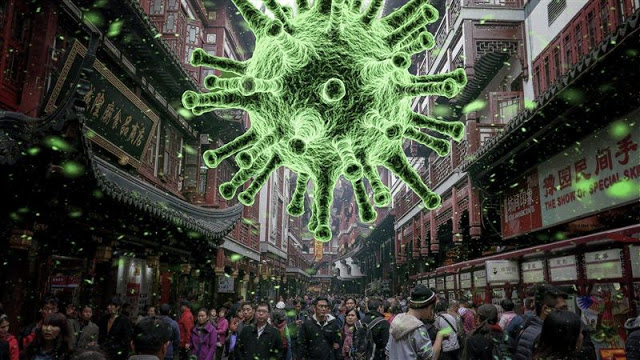 Recently, the European new crown pneumonia ( COVID-19 ) epidemic rebound trend, Norway and even found a stronger ability to communicate new mutant strains. As for more characteristics of this strain, further research is currently needed, but public opinion is concerned that the continuous mutation of the virus will add more uncertainty to the global epidemic prevention this winter. Norwegian health authorities recently confirmed that the external, recently in the central city of the country Trondheim ( Trondheim ) found a new variation on the virus, which spread more capable than other known types of strains.

According to the Swedish newspaper “World News” ( VG ), this new virus strain, temporarily named M439K , has never appeared in Norway before, and no record has been found in existing international databases. The virus was found after being sent to the Norwegian Institute of Public Health ( NIPH ) from St. Olaf’s Hospital in Trondheim on the 16th of this month .

The report quoted the city’s senior doctor Tove Røsstad as saying that although more attributes of this new virus variant are not yet known, preliminary analysis shows that in Trondheim, people are more susceptible to this type of infection. Viruses, and even if you are not in close contact in a confined space, you may be infected.

The study found that there are three changes in the surface protein of the new strain: two of the changes result in the shortening of the spike protein ( S protein), and there is also a slightly important change in the area where the virus binds to human cells. The Norwegian health agency determined that this mutated virus is spreading faster than other types of strains found in the past.

Comprehensive foreign media reported that this round of Trondheim’s epidemic first broke out in the Edge hair salon, and then spread to the small London bar next door through close contact. At least 35 cases have been infected and 1,500 people have been isolated. Preliminary research confirmed that the M439K mutant virus strain belongs to the genetic subgroup of coronaviruses , called B.1.5 . As for how changes in new strains will affect virus infection , or what changes in the ability and ways to cause disease, further research is currently under way.

In late August this year , Hong Kong , the Netherlands, Belgium , the United States and other countries have successively discovered that some patients were diagnosed with the virus again after they were infected with the virus and recovered completely for a period of time. Further research found that the second infection of these patients had a significantly different genetic sequence from the first infection.

This year 10 Yue 12 days, the international medical journal ” The Lancet ” ( at The Lancet ) published a research report also confirmed that patients infected with the virus, even if the corresponding antibodies, there is no guarantee have the virus in all cases Complete resistance . This report calls on the public, regardless of whether they have been diagnosed and recovered, to insist on taking preventive measures to avoid contracting the virus as much as possible.